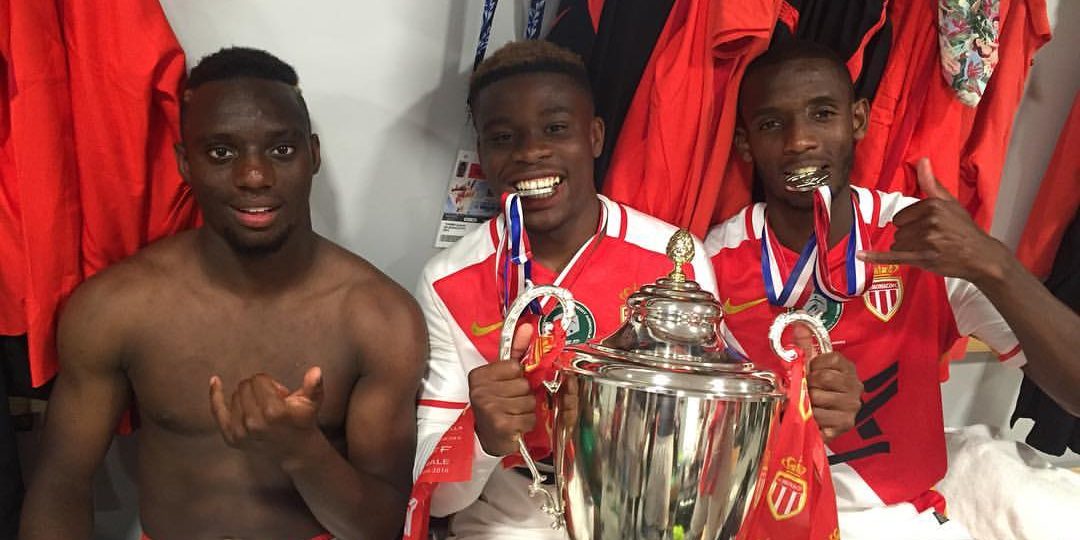 Right side of U17 national group of JA DRANCY led by Flavien BINANT during last season, Yannis NGAKOUTOU YAPENDE (center on the photo with the cup in his hands) just won the final of the GAMBARDELLA Cup with AS MONACO facing RC LENS.

Holder at the beginning of the meeting, Yannis left the lawn of STADE DE FRANCE in the 70th minute of play after providing a very nice performance.

He was able to meet in the stands at the end of the meeting his educator at the JA DRANCY during the 2014-2015 Flavien BINANT season, as well as the leader of the 17 years NATIONAL JA DRANCY Sofiane RACHID present all 2 in the stand this Saturday for the final.

We congratulate him for winning this prestigious competition and for bringing the drancene colors to life.