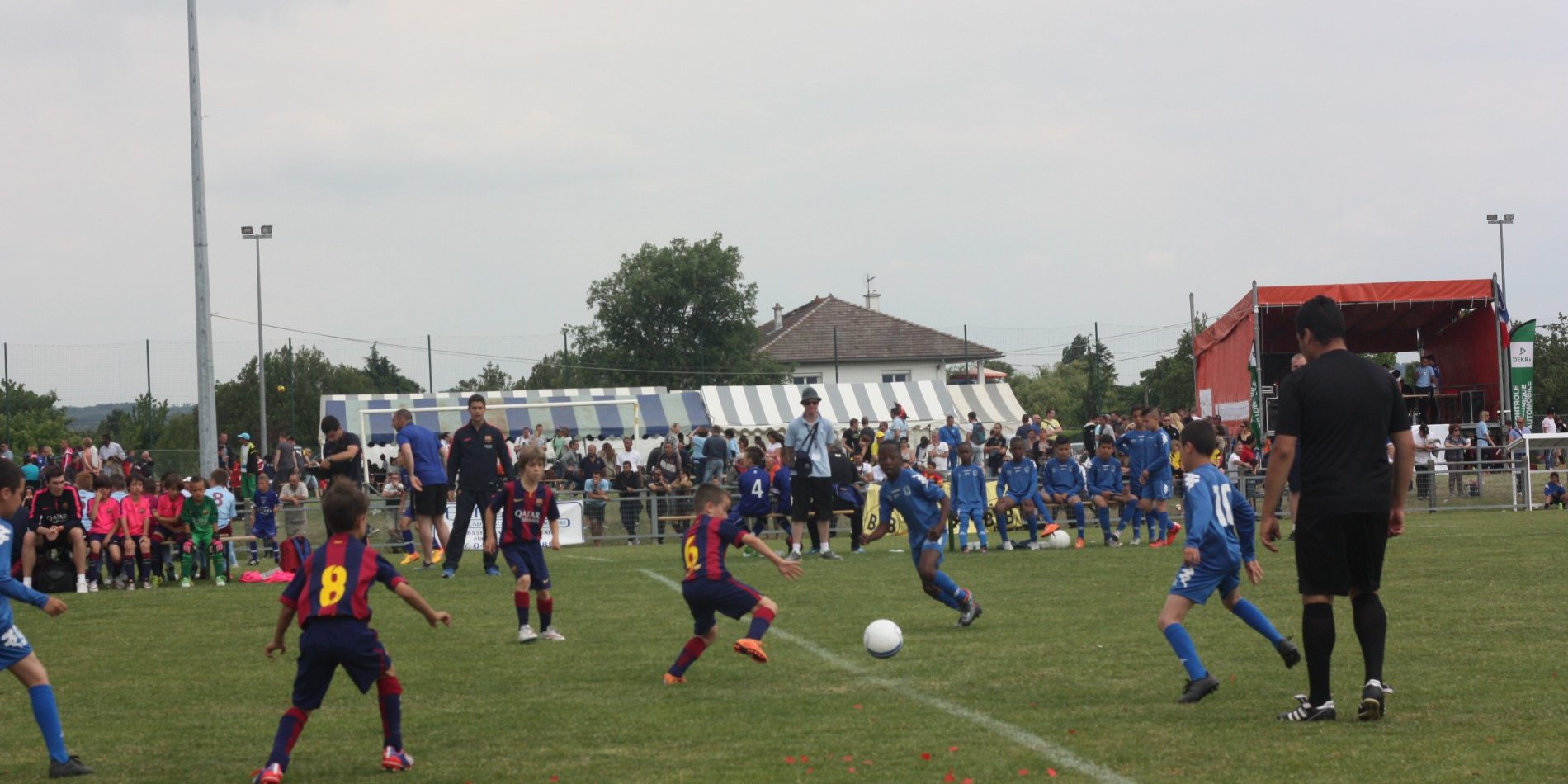 On May 23 and 24, the JAD U10 had the chance to participate in the Rhodia Cup tournament in Roussillon in the Lyonnaise region.

During this Week End, the children of the JAD and Benjamin their coach, had the opportunitéy to meet prestigious French and European teams.

After matches against ASSE (defeat), Malaga (draw), AS Cannes (victory), they finished 4th in their pool.

In the final pool, victory 2-0 against Bastia and 2-1 defeat in the classification final against BARCA to finish in 34th place in the final standings (out of 64 teams).

The tournament is won by Ajax D’Amsterdam against FC Burels (Marseille club).

A wonderful WE for the little ones who will remember it for a long time.