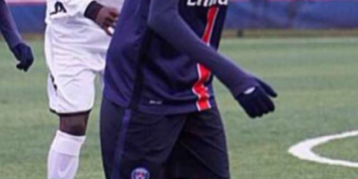 The CFA gets a good draw against the dapuhin, poor performance for the reserve, the senior women race in the lead, the national 17-year-old concede the draw at home, the 17-year-old DHR perform a nice operation in the standings, the 17-year-old EXCELLENCE go on to the next round in the cup, the 15-year-old catégorie in good shape.
CFA senior Malik HEBBAR and Yannick FLOCH hold in check the runner-up of Grenoble leader LYON LA DUCHERE and get the 2 points of the draw after a match that ended in the score of 0 to 0. The Drancéens keep their 5th place in the standings to 10 unités of their opponent of the day.
On the other hand, against performance for the seniors DHR of Ahmed ZEGGAGH who unfortunately could not seize the opportunitéy to distance themselves from the relegatives and lose 1 goal to 0 on the ground of LIVRY GARGAN a direct competitor and occupy the 10th place in the standings for the benefit of a better goal difference on AUBERVILLIERS with 24 points to 4 unités of the 6th rank Ivry and remains in contact with mid-table teams.
The senior women of Lucien JOSEPH continue their harvest of victories with a success acquired on the ground of Othis on the score of 6 goals to 0 and remain leader of the championship with 3 points in advance on their 1st pursuing ROISSY-THILLAY with a total impressive 52 goals scored in 9 games, an average of about 6 goals scored per game.
Defeat 1 goal to 0 on the field of the last of the championship CLICHY SUR SEINE for the 19 years DHR of Oscar De la Torre and Rui Dos Santos who occupy now the 6th place of the championship at 6 points of the 1st non relegable CHOISY THE KING.
Flavien BINANT’s 17-year-old national conceded the draw 2 goals against VALENCIENNES with 2 goals scored by Billal MEHADJI and Abraham MANOUANA and remain in 8th place with 5 points ahead of the first relegation BOULOGNE SUR MER they will go to challenge the next day.
Good operation for the 17-year-old DHR Saloum COULIBALY who win 1 goal to 0 at home against CSL AULNAY while at the same time their dolphin CS MEAUX bowed at home against the US TROCY on the score of 1 goal to 0. The young Drancéens accent their lead over their dolphin and are now 4 points ahead of their 1st pursuer.
the 17-year-old EXCELLENCE of Herminio DA ROSA reach the next round of the District Cup with a victory gained on the score of 4 goals to 2 against the RED STAR that they will face this weekend but this time in the frame of the championship.
Good operation for the 15 years DSR Julien GOUT who win 7 goals to 0 against ISSY LES MOULINEAUX thanks to a doubled Alexis NARAINEN, a doubled Wahid AISSAOUI, a doubled captain Abdeljalil HACHEM, and a Walid achievement ARHAMANE and remain on equal points with the leader JOINVILLE.
Just like the 15 years old EXCELLENCE of Lakhdar DEMMOUCHE who win 5 goals to 1 against the last FC VILLEPINTE and stay at 3 points of the 2nd AULNAYSIAN HOPE that they will face during the next day of the championship, as well as the 15-year-old Odric ROUVEL’s 3rd division who win 5 goals to 2 against FC ANTILLAIS PARIS and take advantage of the tie of the leader SAINT-DENIS to return to equal points at the top of the championship.
The 14-year-old regional win 3 goals to 1 on the field of ACBB and retain their 2nd place in the ranking of 7 points RED STAR.

U19 A DH (Championship): US TORCY – JA DRANCY
(MATCH REPORTED)