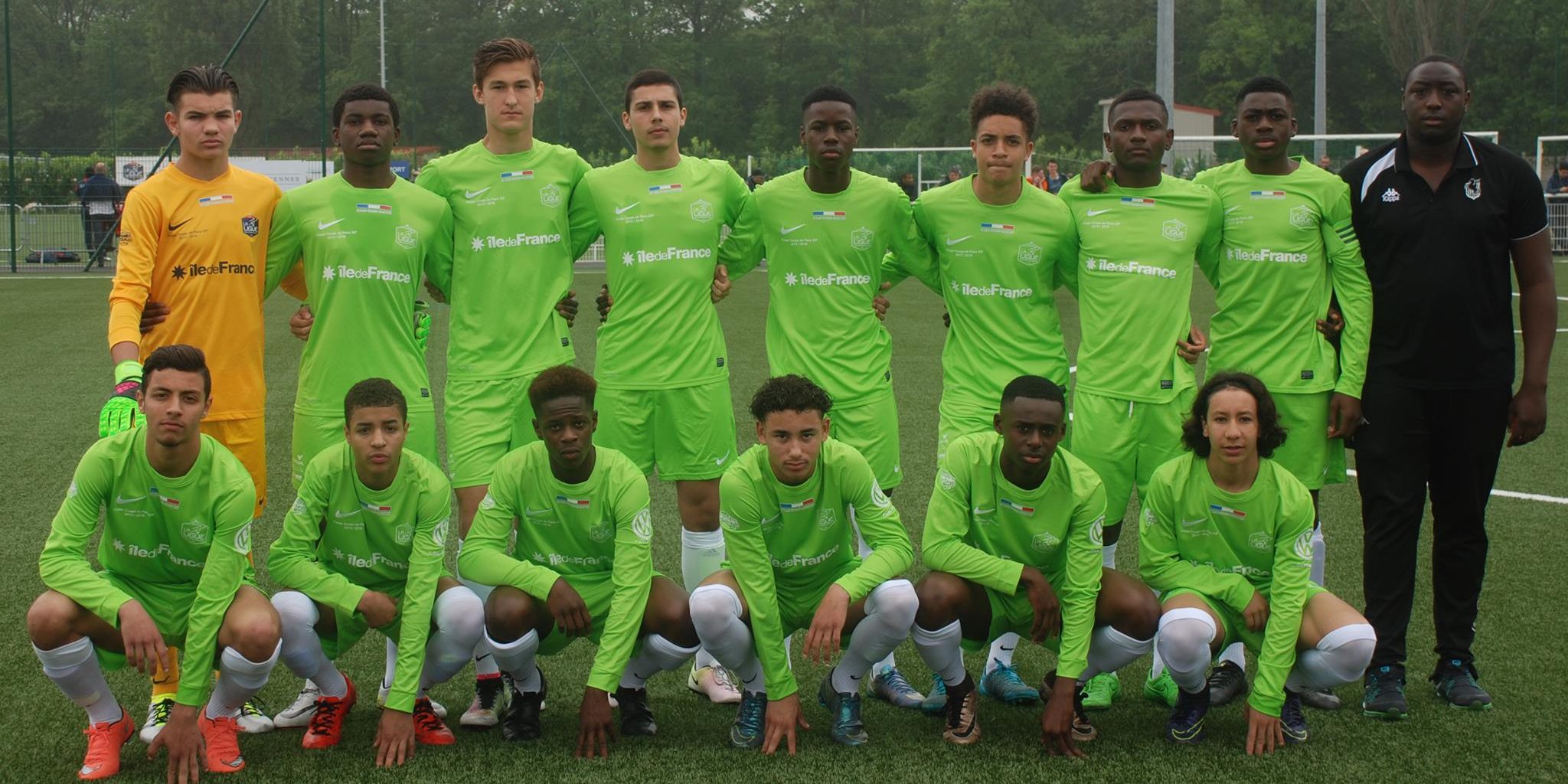 Opposed PARIS FC this Sunday 05 June on behalf of the final of the U17 PARIS Cup, the 17-year-old DHR Saloum COULIBALY have unfortunately lost after the penalty shoot-out at the end of a nice football game.

Indeed, after having obtained several scoring chances in the first half, the Drancéens will cash a goal at the half-hour mark on a set kick to be led 1 goal to 0 at the end of the 1st half.

Returning from the locker room, the DRANCY players dressed in fluo green for the occasion take over the game in hand by clearly dominating the debates but failed to score before the 70 th minute of play, following a nice collective movement started by Anessy NZETE who center back for Cheikh Omar KANTE who awarded the 2 teams tied 20 minutes from the end of the meeting.

Few candid opportunitéies during the last 20 minutes of play that gave way to the sorting session.

Penalty shootout where the Drancéens failed twice against the goalkeeper and allowed PARIS FC to win the PARIS Cup.

With a DSR accession and a contested PARIS Cup final, the Drancéens have nevertheless achieved a superb season with no less than 88 goals scored in championships for 20 cashed with a bonus course in cup.