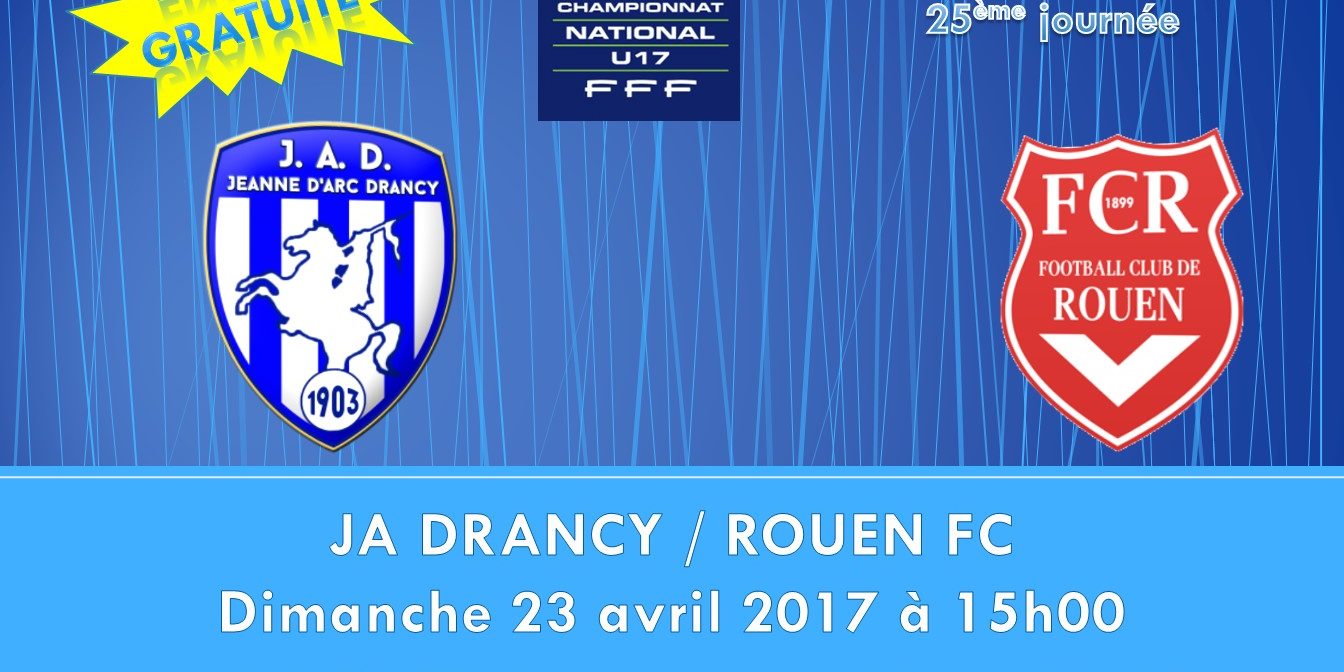 Defeated 1 goal to 0 in the first leg in ROUEN, the drancéens must prevail to distance their opponent from the day of 3 points before the last day of the championship, and leave them at the same time the place of 11th.

We are waiting for all the components of the club, educators, leaders, parents and players to seek this imperative victory for the acquisition of maintenance in this championship.