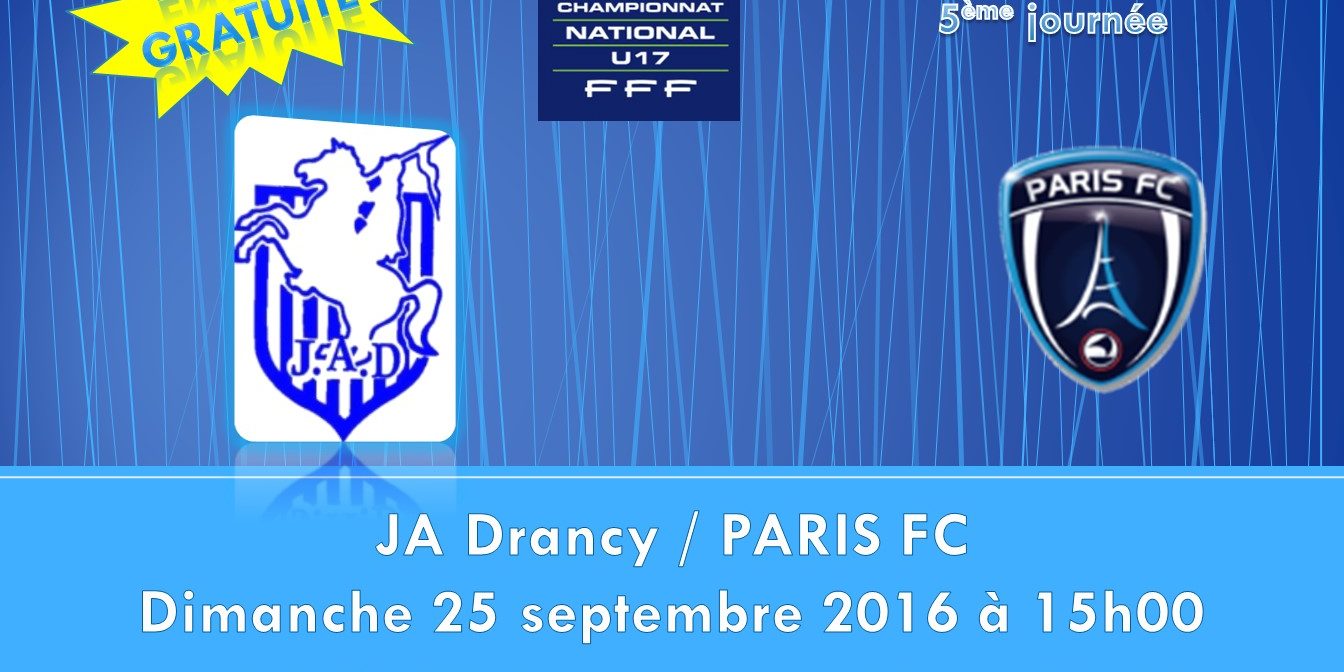 On behalf of the fifth day of the U17 national championship, Flavien BINANT players receive the PARIS FC team for what constitutes the Parisian derby of the pool.

After a convincing success against ARRAS, the Dranceans will try to get a second consecutive home success, while the Parisians who obtained their first league win of the season in the previous day against RC LENS, will not want to be distanced by the sequano-dyonisiens.

Indeed the 2 teams have the same number of points, but the Drancéens are ahead of the Parisians with a better goal difference.