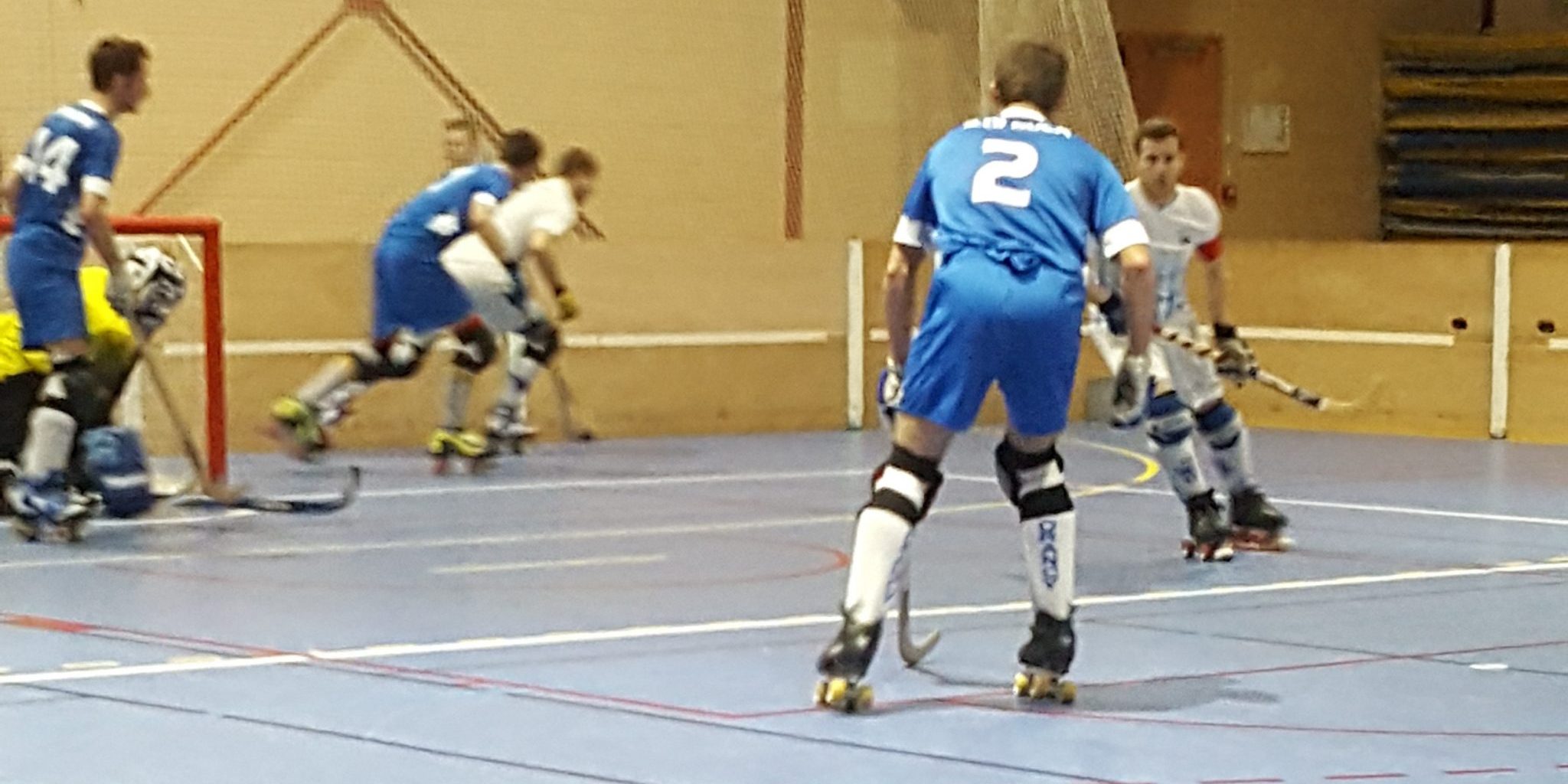 The position of petit poucet clings more and more to the team of JA Drancy. And yet, all opponents do not advance the flower rifle by going to the gym Liberty.

And it was the case this Saturday with the team of Aix les Bains, just relegated to the elite in the previous year. A great team, playing hockey that goes forward … Drancy was forewarned of the first leg.

The blues prepared the game well all week and knew that we would have to defend for a good part of the game hoping to put the “rare” opportunitéies at the bottom.

And the match started as planned with some well-placed Drancéens, the ball in the crosses of Aix but who could not manage to be sent into the net guarded at the beginning of the match by C. Belliot. Drancy, in his moments of mastery of the ball tried to get rid of the high defenses of the visitors and procured some opportunitéies without however deceiving the vigilance of the goalkeeper. And yet after 3 minutes is Aix a heavy shot far away who scored first (0-1 / 3’17). The defense drancéenne recovered well from this misstep and had even a Penalty and a Coup-Franc Direct to return to the score but it gave nothing. And it is at the end of the period (0-2 / 20’32) that Aix on another shot took 2 goals in advance.

But the start of the second half, combined with a defensive mistake, allowed Aix to score a third goal (0-3 / 28’29). C. Belliot, despite 3 goals conceded continued to stop multiple offensive offensives before being replaced at 15 minutes of the term by F. Thomassin. Drancy decided to defend a little higher to at least score a goal but it is once again Aix by his captain who scored a goal despite the good work in advance of the incoming goalkeeper (0-4 / 39’25). The JAD was once again taken in the back. The addition began to get tough and the Aix team took over (0-5 / 45’20).

A last goal was scored by a nice deviation, by Aix, which increases the score and the morale of the Drancéens who until the end of the match did not manage to deceive a very good goalkeeper Aixois. (0-6 / 47’05).

The spectators present were able to attend a beautiful game of hockey and underline the, a match committed but very clean at the level of the faults !!

Next game for the National 2, with a still complicated move in Villejuifoise land, Saturday, April 08.