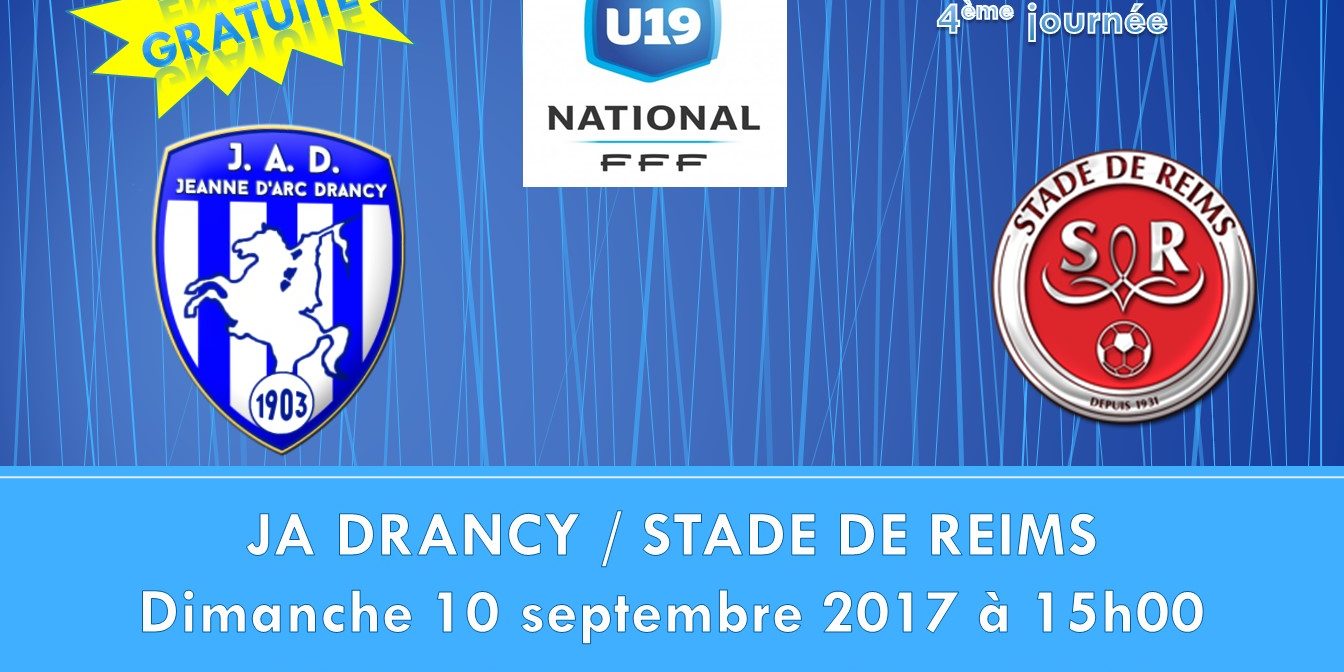 4th act of the U19 national championship for the troops of Himed HAMMA and his assistants Adlane BOUABBACHE and Sébastien JOFFRE with the reception of the current leader of the group, the STADIUM OF REIMS.

After 2 great performances against TROYES and TORCY, the Drancéens will try to keep their distance with the bottom of the classification.

We expect all the components of the club (parents, players, leaders, supporters) this weekend at the stadium Paul André for a 100% national weekend with the 17 years who will play the derby against US TORCY on Saturday, and the 19-year-old who will face the REIMS STADIUM the next day in order to support all the players during these meetings.