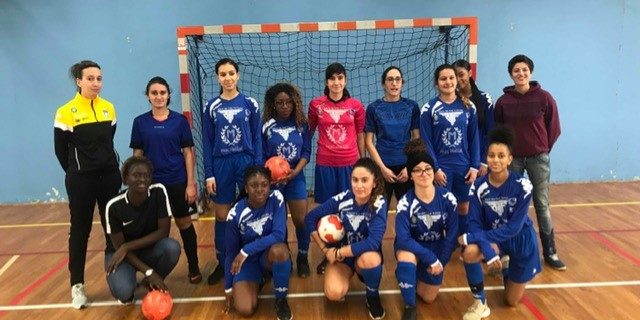 This Saturday, November 24, 2018, a meeting between Nassima BEN MOHAMED’s 19-year-old WOMENINE A and the OS MASSY women’s club, which has the distinction of being composed entirely of hearing-impaired girls, took place in the Roger Salengro gymnasium. Drancy.

A beautiful exchange at the initiative of the 2 educators who will have allowed all the participants to play a futsal meeting under the sign of the discovery and sharing, after which the club of the OS MASSY will prevail finally on the score of 6 goals to 4.

A big thank you to the club of the OS MASSY for his coming as well as to the town hall of DRANCY for the provision of the gymnasium.