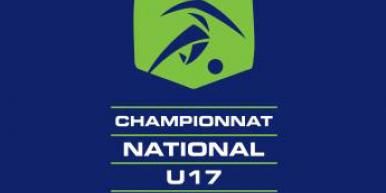 Yesterday was the match of U17 National between the JAD and Stade Malherbe Caen (clear victory 3-0 in favor of the Drancéens). Despite a largely controlled performance by the Drancéens, an article published early this morning (see here) , mentions a drancéenne team “hyper athletic” in the “direct game” having “framed three times for so many goals”. We want to say that your team was in trouble in finishing, but if it would be left with a suitcase of 5 goals or more in our favor, it would have been the same!

However, ALL the observers were unanimous at the end of the meeting: it was Drancy who had the most opportunitéies, collective control both offensively and defensively and shots on target. All? Yes, you read correctly. In case you have forgotten Mr BALLON (coach U17 National SM Caen), we received a proposal to test your club (on your request) half an hour after the end of the match, from the Stade Malherbe de Caen for two of our ATHLETES PLAYERS DIRECT GAME.

The conclusion is this: we did not have to see the same match (which was filmed if you want to see it again or rather see it for the first time #ironie). “Go down and alter the image of a club” like ours is a huge lack of respect on the part of a “Professional Club” like yours!

Mr Alain MELAYE
President of the Joan of Arc of Drancy