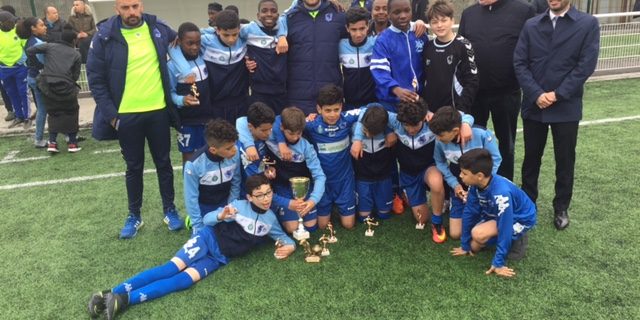 This Monday, May 8 was held at Paul André stadium the tournament U13 and U 11 JA DRANCY.

With a good plateau for this tournament where teams such as ACBB, TORCY, YOUTH AUBERVILLIERS or SARCELLES faced, the show was the rendezvous as was the festive atmosphere that reigned throughout this day. .

Spread into 2 pools of 4 teams per catégorie, the participating teams played in the pool phase for the whole of the morning, before taking their place during the lunch break in the traditional penalty shoot-out.

After the various meetings of the afternoon, the finals oppose U11 TORCY to BUSSY SAINT GEROGES, and U13 JA DRANCY to the YOUTH of AUBERVILLIERS.

In the end, BUSSY will win the U-11 tournament at the expense of TORCY after the penalty shoot-out, and JA DRANCY will take the tournament against UBERVILLIERS in U13 by winning 2 goals at 1. .

A big thank you to all the educators, leaders, parents and players of the club who contributed to the smooth running of this day, which saw more than one hundred young players leave the stadium with bright faces and with their rewards in hand.