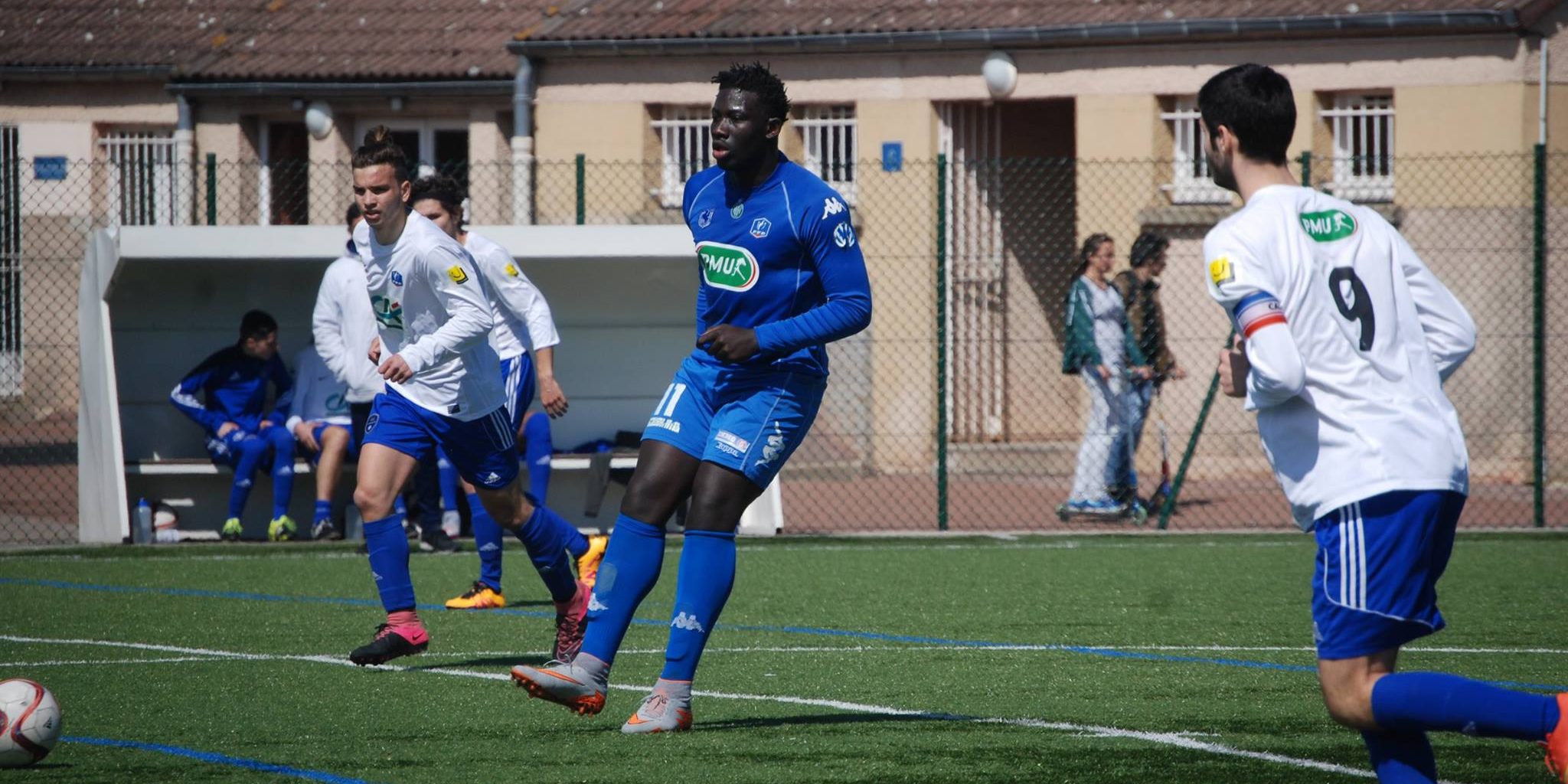 Facing the PUY team, players Malik HEBBAR and Yannick FLOCH were surprised in the 17th minute of play, and unfortunately did not meet the challenge of defending the goal.
Currently in 10th position, the Drancéens are 4 points ahead of the first relegation MONTCEAU 4 days from the end, and 4 points behind the 7th CHASSELAY.

Flavien BINANT’s 17-year-old NATIONALs, for their last league matchup of the season, have won 5 goals to 1 against the red lantern with a double from Billal MEHADJI, a goal from Adji TOURE, a goal from Kipre ZUNON, and the first goal of Hamza MIMOUNI’s season.

The drancéens finished the championship in 5th place with 67 points, ahead of the professional clubs LENS, VALENCIENNES and CAEN. The first 4 places in the ranking by professional clubs.
Congratulations to the players and educators for the great season.

The 17-year-old DHR of Saloum COULIBALY, already crowned champions the previous weekend, won the match against BONNEUIL 5 goals to 2 thanks to goals from Abdoulaye DEM, a goal from Sheikh Omar KANTE, a goal from Adel BERKANE, and a goal from Alfamy DEMBA.