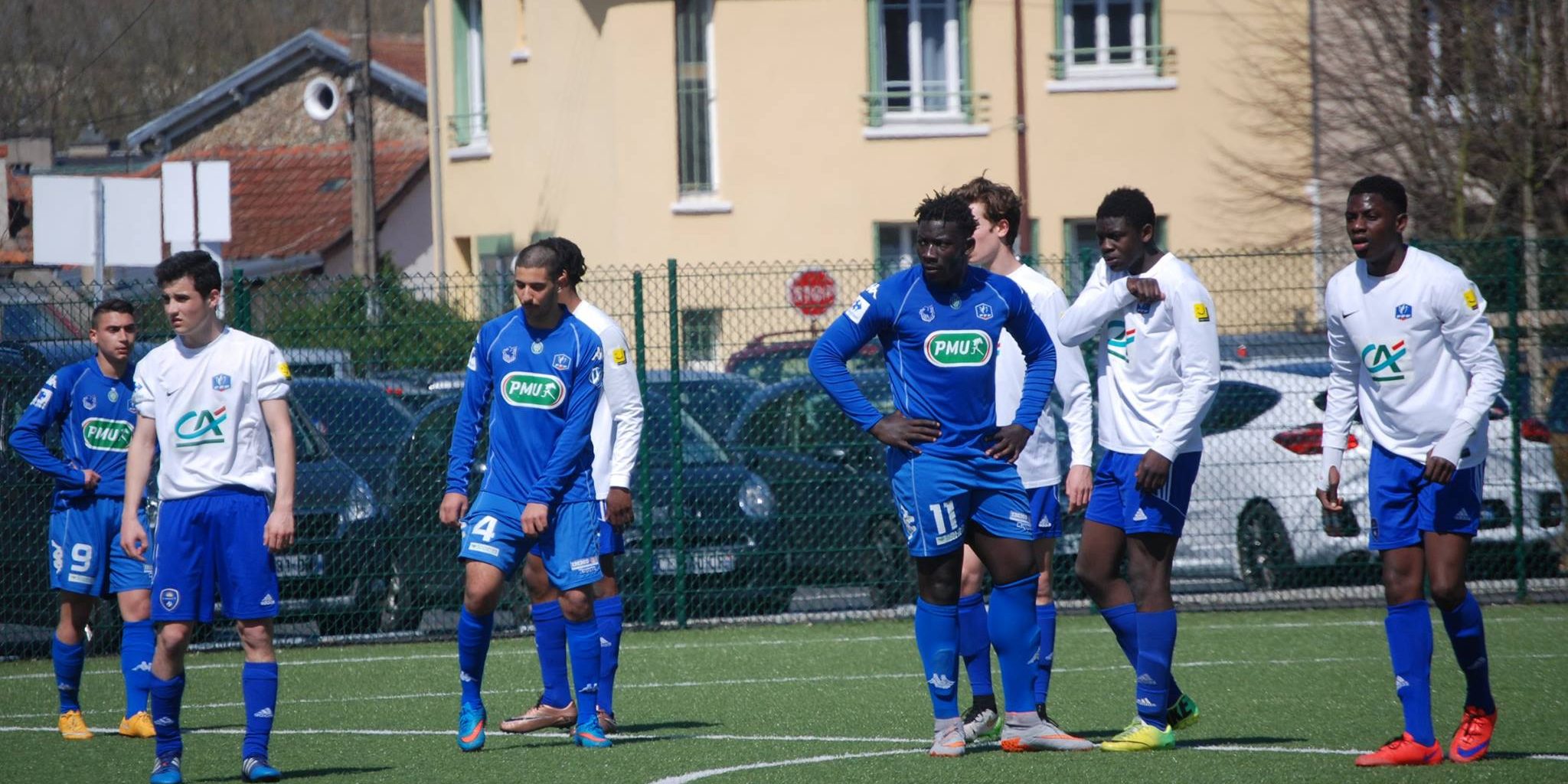 The CFA pulls the draw against GRENOBLE, the DHR seniors concedes the draw in the last second, the 17-year-old DHR win at home and are officially champions, the 15-year-old EXCELLENCE and 3rd DIVISION continues their series, the 14 REGIONAL imposes themselves at home.

On the occasion of the premiere of the praise to the Grenoble climb, the senior CFA team coached by Yannick FLOCH for the opportunitéy got the 2 points of the draw 2-2 thanks to the achievements of Alassane DIOMANDE and Guillaume KHOUS. With this draw, the Dranceans retain their 6 points lead over the first relegation The PUY to 4 days of the end of the championship.
Senior DHR Ahmed ZEGGAGH, with 4 players U19 on the sheet of matchafter opening the score with Mathieu FONTANG (player U19 DH group) conceded the draw in the last moments of the match on the kick-off, and misses a great opportunitéy to get ahead of the direct contenders to maintain, but remain in contact with their opponents by occupying the 10th place in the standings for the benefit of a better goal difference than the 11th, and to only 4 small points of the 7th CESSON 3 days from the end.

Marc JULIEN’s 19-year-old DH, and the 19-year-old DHR of Oscar DE LA TORRE and Rui DOS SANTOS, respectively moved to ACBB, and NEUILLY ON MARNE. The two teams with their points of view, the meetings being scored everywhere, and still occupying the middle of their respective championship table.

The 17-year-old DHR of Saloum COULIBALY and staff composed of Lucien JOSEPH and Kevin MENDES won by 10 goals to 0 against NEUILLY ON MARNE with a hat-trick of Anessy NZETE, a doubling of Sheikh Omar KANTE, a double of Souleymane FOFANA , goalkeeper of Adel BERKANE, goalkeeper of Alfamy DEMBA and goalkeeper of God Lives MOBESE KASHAMA. The Drancéens benefit from the defeat of their dolphin MEAUX against TREMBLAY to be officially crowned champions at the end of the championship and officially enter the 17-year DSR championship for the 2016-2017 season, and are still in contention in 1 / 2 finals of the PARIS ILE DE FRANCE Cup against EVRY on Thursday May 5th at 6pm at Paul André stadium, and in 1/4 finals of Cup 93 this Sunday, April 24 at 1:30 pm at Paul André stadium against VILLEMOMBLE.
Congratulations to all educators, and players in the U17 catégorie who contributed their work and investment to this climb.

The 15 years old EXCELLENCE of Lakhdar DEMMOUCHE continue their series of victories by winning 1 goal to 0 on the ground of the YOUTH OF AUBERVILLIERS, and keep their place of dolphin in the classification, like the U15 3rd DIVISION of Odric ROUVEL who win largely on the field of VILLETANEUSE6 goals to 0 and remain only leaders in the standings pending the outcome of the game late CLICHOIS who could return to the standings in case of victory.
The REGIONAL 14 years of Bakary SYLLA won 2 goals to 0 against ANTONY and occupy the 3rd place of the podium behind the RED STAR champion, and his dolphin FC MONTFERMEIL before playing a semi-final of PARIS IDF face cup at the RED STAR on Thursday 05 May at 15:00 at the BAUER stadium.

U13 FEMININES (Women’s Challenge): 3rd in the women’s U12 A Elite final (Tournament): 3rd in the MANS tournament

U11 A ELITE (Tournament): 2nd in the MANS tournament