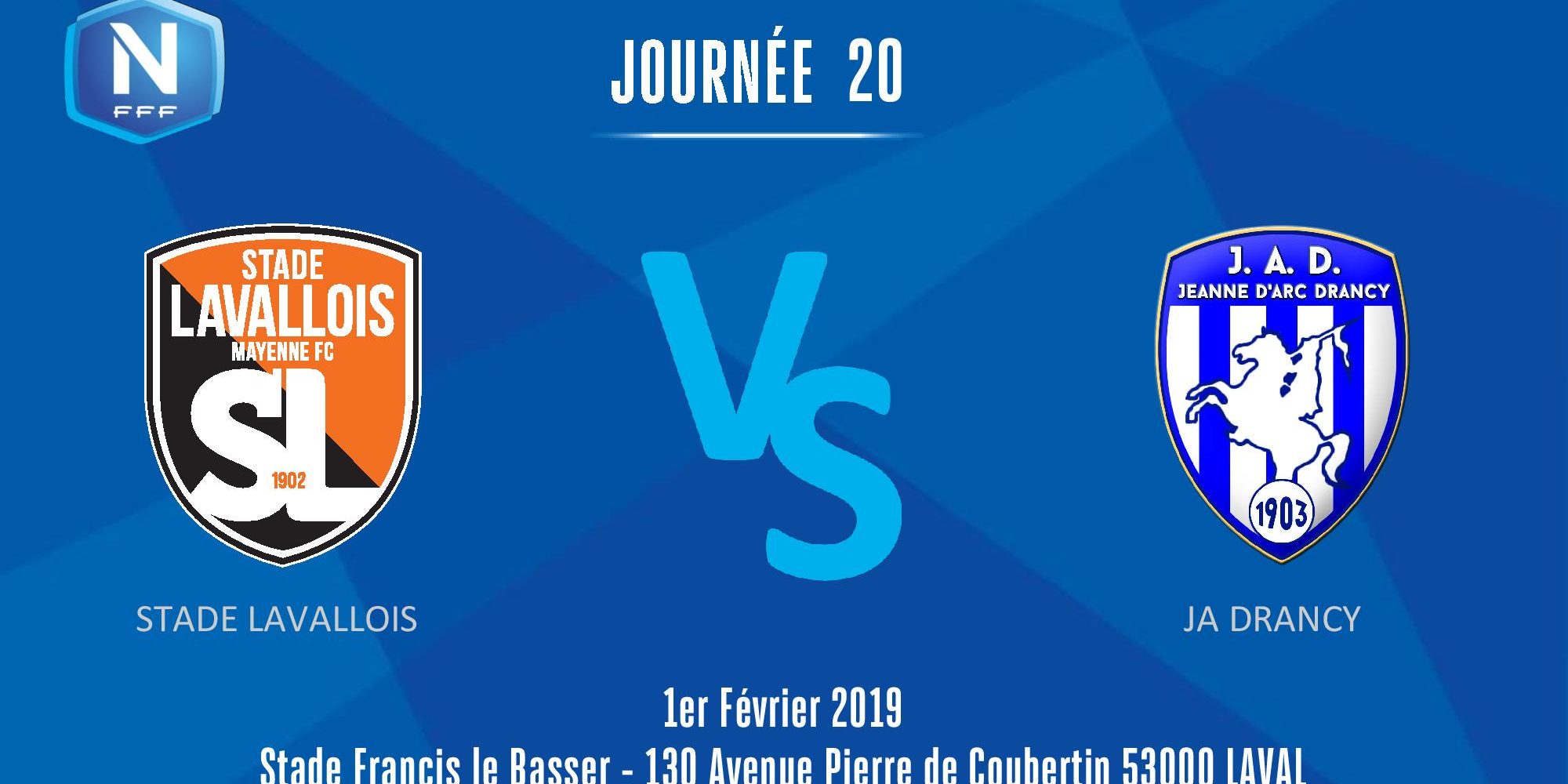 After the postponement of RODEZ scheduled the week before, the players of Malik HEBBAR and Yannick FLOCH will move this Friday on the ground of the stadium LAVALLOIS (4th with 30 points), opponent against which the Drancéens were bowed on the score of 1-0, at the end of August.

Faced with one of the big teams of the championship, the whole group will try to figure well and stay on the provisions of this second part of the season.