Made in JAD épisode 9 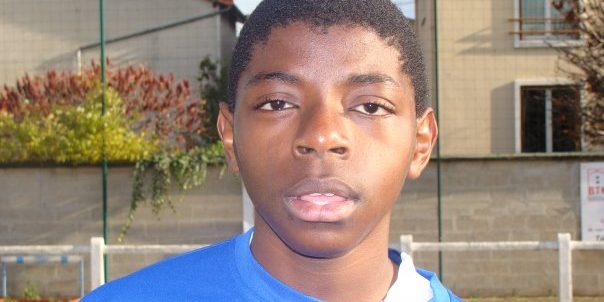 For this 9th part of our saga Made in JAD, we will return on the course of a player who made all his classes at JA DRANCY, Albert EBONGUE born in 1995.
Albert has evolved among all categories of the school JA DRANCY football from U6 to U13.
During the 2009-2010 season, he played with the 13-year-old DH group under the command of Alain BIMON (current administrative manager of JA DRANCY) as central defender.
During this season, he won the Seine-Saint-Denis Cup at the Stade de FRANCE under the command of Djamel MAROUF with the 1995 generation.
The following season, he joined the 17-year-old DH group of Antoine VULCAIN dit Doudou, at the post of defensive midfielder, where he made a full season by playing in 17 league games.
On behalf of the 2011-2012 season, Albert participated in the National Championship 17 years with Marc JULIEN (current educator of the 19 years DH JA DRANCY), with whom he played 15 championship games and won a beautiful 4th place at the end of the season. Having attracted the greed of many professional clubs (VALENCIENNES, TOULOUSE …), Albert decides at the end of the season to commit for 3 years in favor of TOULOUSE where he played in 19 years National in the seasons 2012-2013 and 2013- 2014, before evolving with the reserve team in CFA2 during the 2014-2015 season.
Arrived at the end of the contract, Albert leaves Toulouse to engage with the Girondins of BORDEAUX for a period of one season where he currently plays with the professional reserve in CFA.
We wish him to win this first professional contract among the Girondins and see him quickly tread the lawns of league 1.