Made in JAD épisode 6 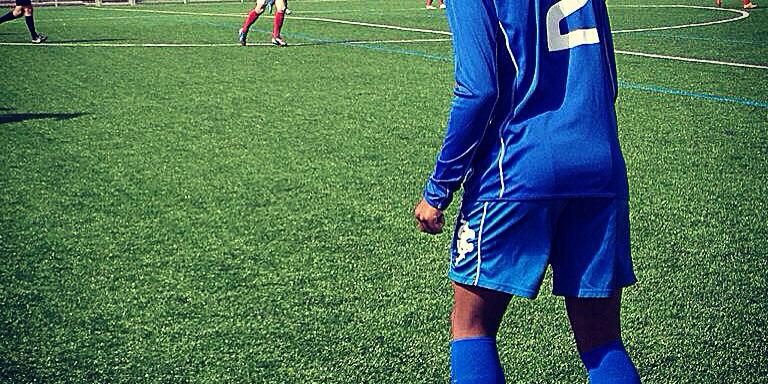 Yannis NGAKOUTOU YAPENDE, part of Made in Jad with the presentation of a particular player.
After having participated in the game of DRANCY stadiums, Yannis joined Nicolas KERROUCHE’s 14 year-old Regional group during the 2011-2012 season where he played for the defensive midfielder for the first license of a football club.
He had a good season under the orders of Nicolas KERROUCHE who took a good 5th place at the end of the season with a team of Ile de France U14.
The following season, Yannis decided to join the AF BOBIGNY club where he was part of Alexandre DIAATTA’s 15-year DSR team, then returned to JA DRANCY in the group of 16 years Regional of Saloum COULIBALY during the 2013-2014 season.U16 U16 champion, then unfortunate finalist of the U16 Paris Cup, Yannis replaced the 17-year-old Dh Marc JULIEN team in 17 years NATIONAL with which he has evolved over the entire second half of the season.
For what was his last season in the JA DRANCY teams, the one who was nicknamed “TGV” by his teammates joined the 17-year-old National Flavien BINANT with whom he rose brilliantly to the 4th place of the championship. Selected in Paris Ile de France team U16, Yannis author of big league performances caught the eye of several big clubs (Toulouse, Rennes, Caen, Dijon …) and decided to join the prestigious training center of the world. AS MONACO to continue his training.With a very high speed and enormous qualities of power, percussion and acceleration, we wish this endearing player and the impeccable state of mind to know a maximum of success both at the sporting level