Made in JAD épisode 4 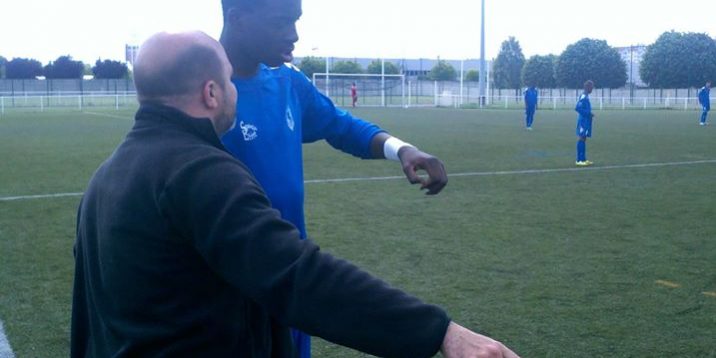 Continuation of our soap opera Made in JAD with a focus on Jean Philippe MATETA.
Arrived in Drancy during the 2011-2012 season of FC SEVRAN where he completed all his classes from U6 catégorie to U14, Jean Philippe participated in the team 15 years 1st division of Majid BAROUDI in championship excellence, where he made speak his The most prolific striker of the catégorie.
During the year, he joined the group 16 years Regional leader by Saloum COULIBALY with whom he scored 15 goals in 10 games before joining the group U17 Nationals.
During the 2013-1014 season, following the relegation of our team 17 years National in 17 years DH, Jean Philippe ended the season with a total of 20 goals scored in all competitions with the team led by Marc JULIEN who went back to the NATIONAL The season is one of two years in the wake of BERTRICHONNE DE CHATEAUROUX.
For his first season in Châteauroux, Jean Philippe has played in the U19 national championship, with which he has made a good run in cup GAMBARDELLA, scorer against Olympique Marseille less than 6 games in the 2014-2015 season.
This season, Jean Philippe played almost all the matches he played with the CFA2 team, and even had the privilege of appearing twice on the bench with the professional team playing in the NATIONAL league. .
The beginning of a long, happy life, his joy of life, his humility and his talent.