Made in JAD épisode 2 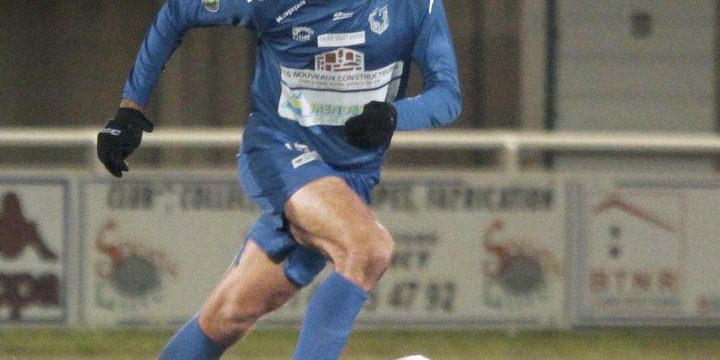 For this second episode of Made in JAD, we will trace the course of a player who quickly reached the JAD pennant team in the person of Nader GHANDRI.
Born February 18, 1995 in AUBERVILLIERS, Nader started playing football at the Kids Club of Goutte d’Or from beginners to 13 years old.
He then took the direction of the Val de Marne and the Ivry sur Seine club where he played in the 14-year federal championship, before returning to Seine-Saint-Denis to join the Red Star fc 93, where he played during 2 seasons.
After these 2 seasons, Nader tried to join the JA DRANCY where he played during his first season in the U17 NATIONAL Championship under the orders of Marc JULIEN (current educator of the 19 years DH) realizing a full season at the post of central defender at the end of which the group he was part of finished the championship has the 4th place in the ranking.
For his 2nd season at JA DRANCY, Nader joined the national U19 group under the command of Guillaume COURTAUD (current technical director of the club) for 6 months where he played as defensive midfielder.
After having participated in some training sessions within the CFA group, the JA DRANCY pennant team coach Malik HEBBAR decided to integrate him into his group where Nader took part in the second half of the season at the CFA championship. .
Solicited by many professional clubs (Saint-Etienne, Rennes, Guingamp), Nader engaged at the end of the season with the club of AC ARLES AVIGNON.
After 1 season spent at ARLES AVIGNON, Nader takes the direction of his home country TUNISIA to sign his first professional contract in favor of CLUB AFRICAN where he evolves for the second consecutive season, which allowed him to know the joys of national selections after being repeatedly selected with the national team ESPOIRS from TUNISIA.
We wish this young player who has marked its educators and teammates by his joie de vivre, his deep respect, and his hard work to work good luck for the rest of his career hoping to see him quickly on European lawns.