Made in JAD épisode 12 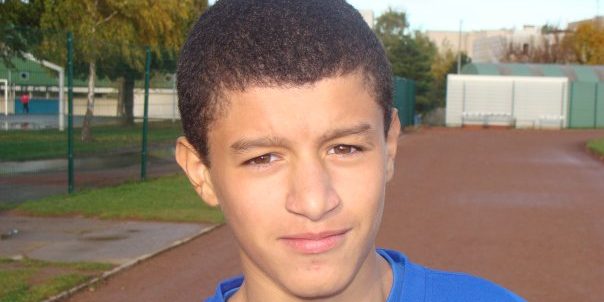 A new year begins, but our series continues with a return on Driss TRICHARD attacking midfielder born March 27, 1995 in AUBERVILLIERS.
After starting the football at the club of CMS PANTIN U6 U11, Driss takes the leadership of the club AS BONDY where he played two seasons until U13.
During the 2008-2009 season, he joined the JA DRANCY club in the U15 DH squad with which he played for 2 seasons under the command of Alain BIMON (current administrative manager of JA DRANCY).
The following season, Driss joined Marc JULIEN’s 17-year-old National Group (current educator of the 19-year-old DH), achieving 2 great seasons finishing in 4th place in his first season in the 17-year-old national group, and 5th place in the second season.
Author of services noticed during these two seasons, where he aroused the greed of many professional clubs (Valenciennes, Lens, Saint-Etienne, Chateauroux, Laval), he decided to engage in favor of the TOULOUSE FOOTBALL CLUB to continue his training of young footballer.
During the 2013-2013 season, he joined the training center of TOULOUSE where he played with the 19 years National, before evolving during the second part of the season with the group CFA 2.
His strong performance in CFA 2 allowed him to make the pre-season recovery in the professional group of Alain CASANOVA during the 2013-2014 season. Author of nice entries during the preparation matches, Driss was kept in the professional group, and summoned for the 1 / 8th finals of the league cup against Olympique de Marseille at the Velodrome stadium where he celebrated his 1st appearance with the professional group in official competition.
Conceived by the coach of the FRANCE U19 team Francis SMERECKI for 2 friendly matches against Germany where he scored 1 goal, and delivered a decisive pass, Driss honored his first two capes in youth selection.
After an excellent season under the colors of Toulouse, Driss had to face repeated injuries that unfortunately kept him away for many weeks during the 2014-25 season, which led the Toulouse leaders not to renew his contract.
Free during the summer mercato, Driss decides to commit to the OLYMPIC NIMES with which he currently plays with the CFA 2 team.
We wish this endearing player, hardworking and described by his former educators to the club as one of the players the most talented they could have trained, to be able to quickly rebound to the high level and to push back why not the lawns of the elite as it was the case during his stay at TOULOUSE FOOTBALL CLUB.