Made in JAD épisode 10 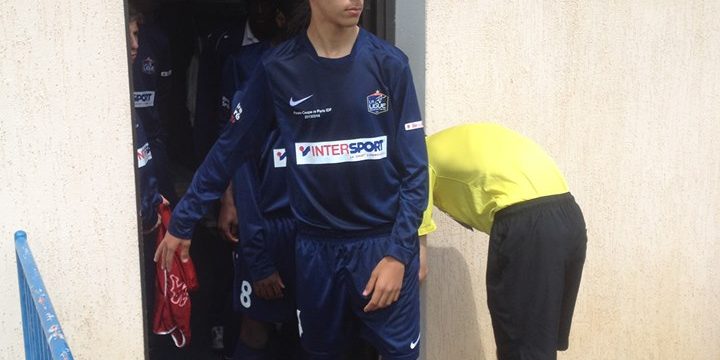 10th part of our saga Made in JAD where we will stop on a pure dredge product, Abelhamid BENHALIMA HAJJEM born on April 10, 1998.
Abdel made his first steps on the lands of Dranceas at the age of 5 when he joined the school of football JA DRANCY U13 under the command of Antoine VULCAIN with whom he won the Cup of Seine-Saint-Denis at the stage of FRANCE against the Youth of Aubervilliers.
During the 2011/2012 season, he joined the U14 Regional group of Nicolas KERROUCHE with whom he evolved to the position of central defender and achieved a great season with the U14 finishing at a beautiful 4th place in the standings.
The following season, Abdel was part of the group U15 DH Medoune DIOP finishing in the 3rd place of the ranking, and winning a new Cup of Seine-Saint-Denis at the Stade de FRANCE against FC LILAS.
On behalf of the 2013/2014 season, Abdel played in the U16 Regional group of Saloum COULIBALY where he won the Ile de France U16 championship title finishing in 1st place in front of PARIS FC, but lost in the final of the cup. from Paris U16 against ANTONY at the end of the penalty shoot-out.
During the 2014/2015 season, Abdel joined Flavien Binant’s 17-year-old National Group, and for his last season on the JA DRANCY teams, made a great season with his fellow Golden Generation 1998, with whom he finished fourth in the 17-year-old national championship, finishing at the end of the season with the best-ranked amateur team on the 6 hens of the 17-year-old national championship, a season during which this 1998 generation had the privilege of confronting to the FRANCE U16 team in CLAIREFONTAINE losing 2 goals to 1 against the French selection after having made a very beautiful game.
Requested during the season by many professional clubs (Toulouse, Lille, Reims), Abdel decided at the end of the season to engage with the Stadium REIMS to continue his training as a young footballer.
Currently evolving with the 19 years National Stadium REIMS with whom he played the prestigious YOUTH LEAGUE U19 this season, we wish him a maximum of success both academically and sporting, and represent loud and clear drancéennes colors on the lawn of the Auguste DELAUNE stadium.