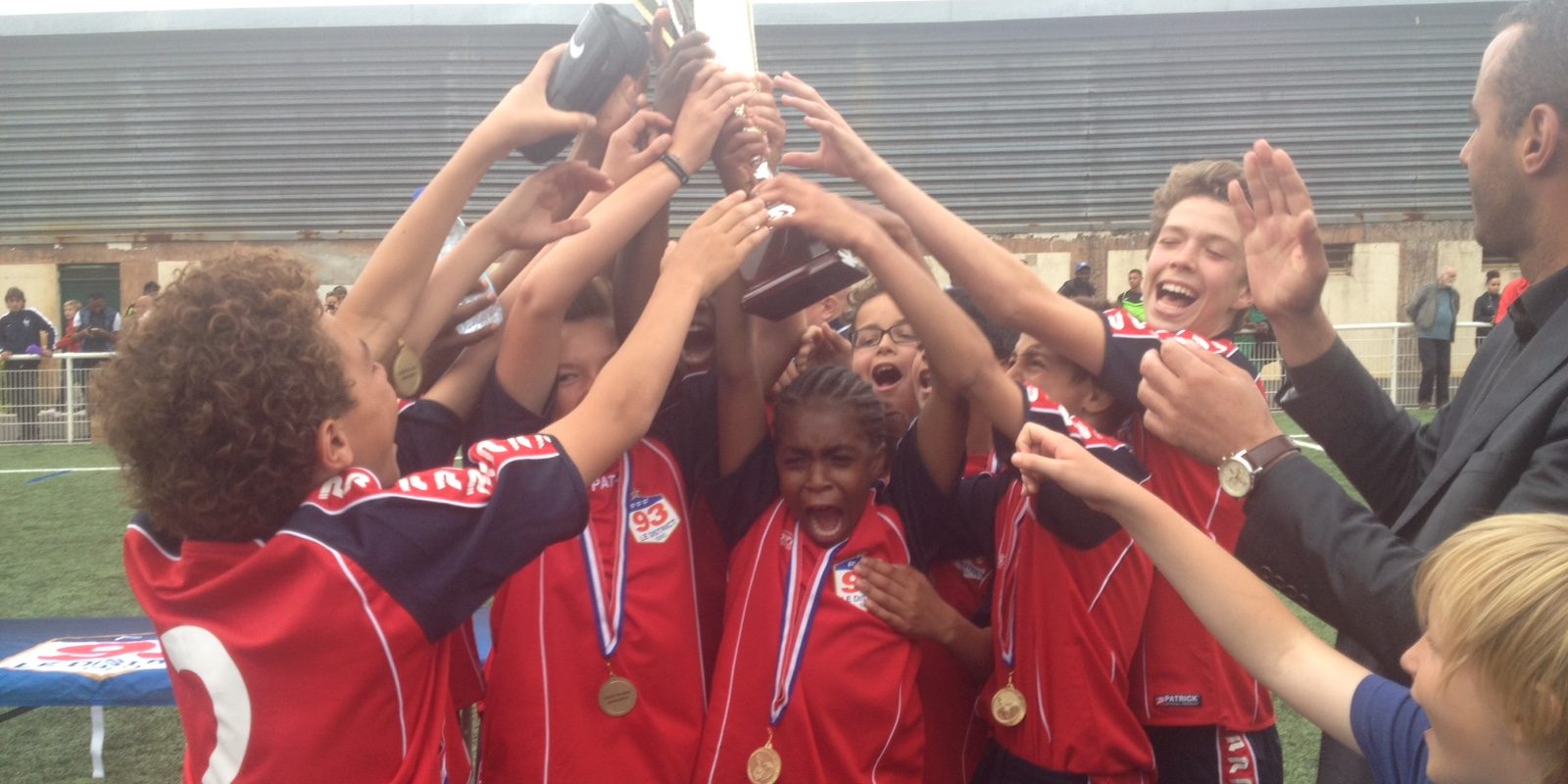 The U13 Regional of Rui DOS SANTOS (exceptionally supervised by Bakary SYLLA for the occasion, Rui having gone to the finals FSCF in CHAMBERY) won the cup of 93.

Indeed, this generation 2003, which had already won U11 at STADE DE FRANCE against AUBERVILLIERS in the final of the cup has just won against EPINAY NOISY LE GRAND after the shootout.

Despite the magnificent goal of Alexis MANSION with a nice shot far below the post, the Drancéens and the Spaniards separated at the end of the time regulation on a parity score of a goal everywhere.

It was therefore necessary to wait for the penalty shoot-out to determine the winner, and it was finally the Drancéens who proved themselves the most adept at this exercise.

This allowed them to win again this cup of 93.

Congratulations to the players and educators for this great victory.