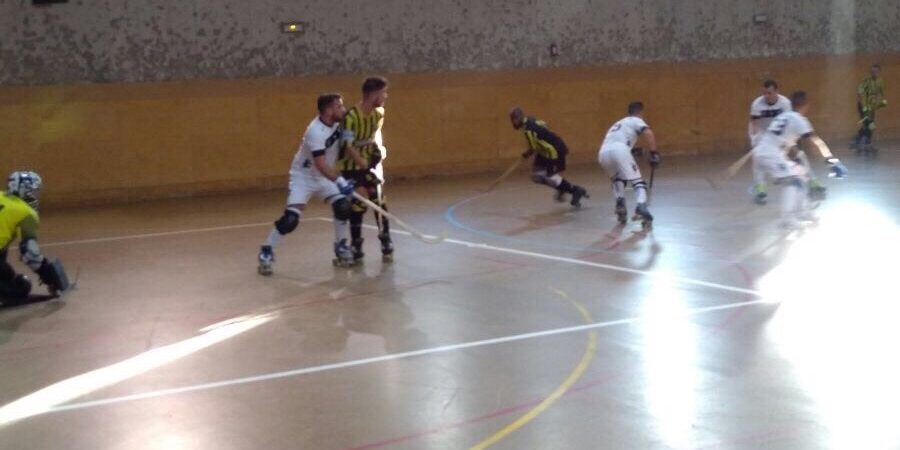 A new season is coming for the seniors of JAD Rink Hockey. A season that could be called renewal.

The group records the departure of Mr. Brousse returning to his club Briard and that of V. Siconolfi who sets a last challenge with the Sevran team. This is partly offset by the arrival (return) of A. Pouget following a year abroad. However the biggest changes do not occur at the level of the players, but at the level of the trainings. The coach in place for a few years has gone under new horizons and these are intra-club solutions, senior players who take up the challenge of advancing and enjoying our sport from everyone! We wish them the best of successes.

New season requires, preparation matches over the past two weekends have allowed to calibrate against other teams Ile.

On Saturday 16/09 it was in Villejuif that these matches began with confrontations against Villejuif A, Paris, Villejuif B and Ris-Orangis.

With 2 wins and 2 losses, Drancy validates his ticket for the 2nd phase and the Play-Offs.

This Saturday 23/09 the opponents were Villejuif A, Villejuif B, Sevran and Fontenay.

An enlarged group was taken to prepare the best collective game and continue at best in the emulation of the group.

Drancy ends this day with the meter: 1 win, 1 draw and 1 loss, the match against Sevran was not played.

Note for all those who want to encourage us that the first game of championship N3 will see the JAD move to Wasquehal Saturday, October 07.