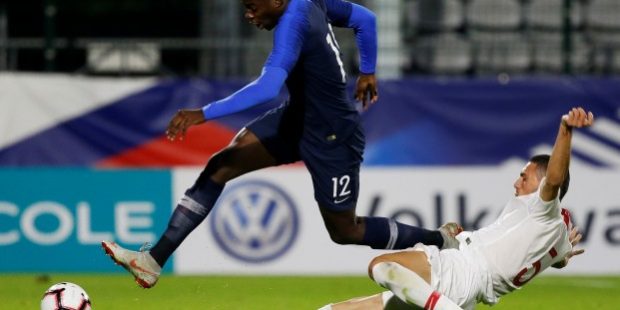 Jean Philippe MATETA, striker of the MAYENCE club in BUNDESLIGA and player of the JA DRANCY from U15 to U17, formerly with FC SEVRAN has just been summoned by FRANCE NATIONAL coach Sylvain RIPOLL to a team of FRANCE ESPOIRS for a series of 2 friendlies against GERMANY and DENMARK.

Jean Philippe is the current top scorer in MAYENCE in BUNDESLIGA with 7 goals scored in 25 games.

Congratulations to him for this beginning of season with his new club within a championship that he discovers again, as well as for this summoning in team of FRANCE ESPOIRS.