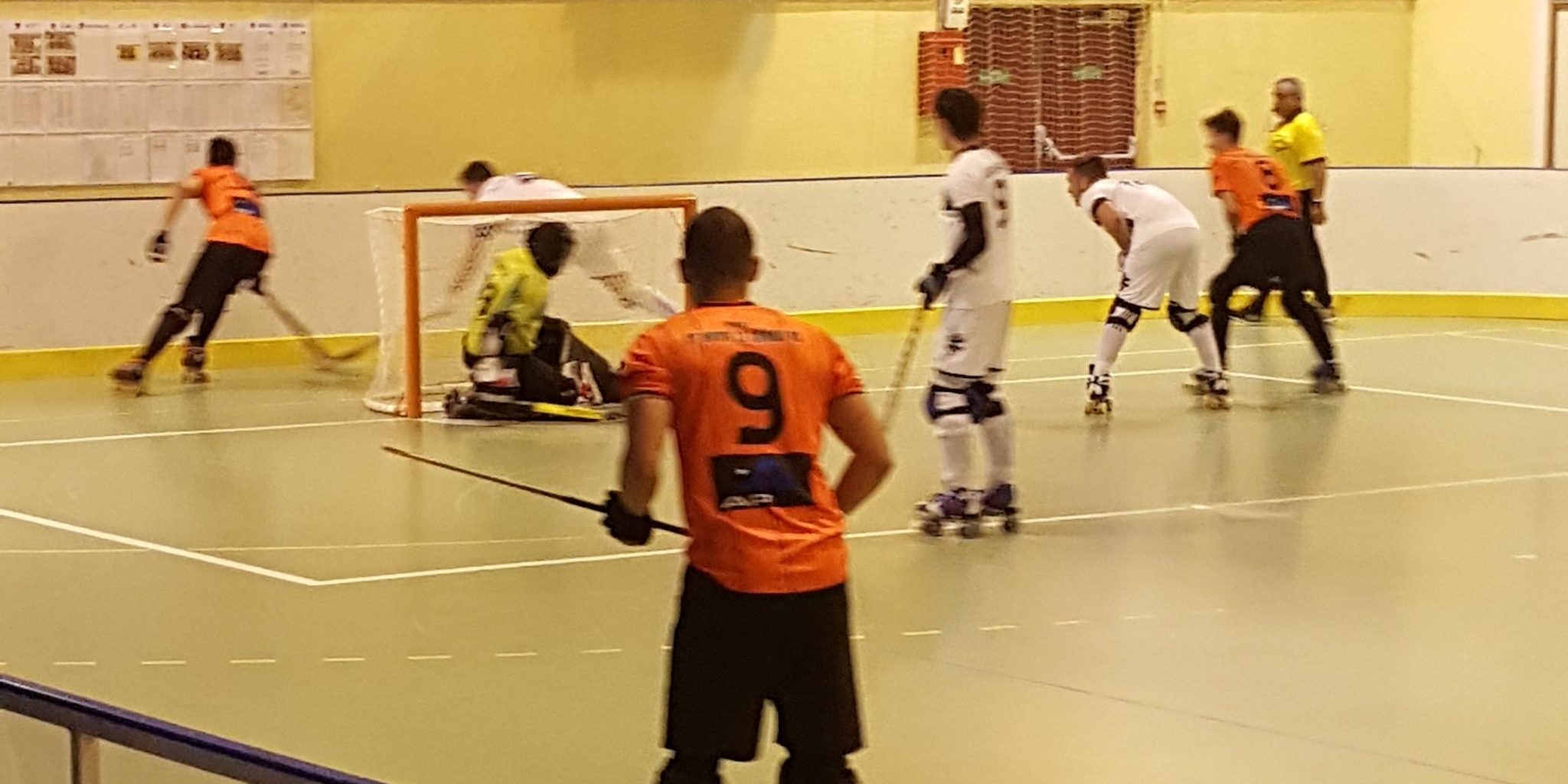 In its pursuit of maintenance, the National 2 played its first league game, which is outside at the outgoing champion.

Good spirit, cohesion and combativeness were at the rendezvous to take the right car entry …

The match began with a good intensity and a pleasant team game proposed by the two opponents of the evening. And it was at the beginning of the match, in fox surfaces that the Drancain captain A. Guilbert opened the scoring (0-1 / 1’40). The game continued with speed and long ball possessions but the goals were not at the rendezvous. At the 17th A. Guilbert distinguished himself again but for a blue card and a temporary exclusion of 2 minutes. Noisy did not benefit because the Direct Coup-Franc was stopped by the draconian goalkeeper C. Belliot (17’37). The score at the break was sealed, nice team work from Drancy who, and it’s a small surprise led to the break 0-1.

The second period began with a change of doorman on both sides, so F. Thomassin put himself in the goals side drancéen. This early period was not in the same physiognomy as before and Noisy raised his level of play to return to the score quickly (1-1 / 27’16). On a penalty conceded by A. Blanchard (29’14) coaches operated a new change of goalkeeper and C. Belliot took his place. The Noisean Direct Strike was not converted but shortly after Noisy took the lead on the scoreboard (2-1 / 30’12). After a foul in the box, Drancy came back to the penalty spot thanks to D. Pouget (2-2 / 31’39). Inattentive error and bad placement allowed the locals to take a goal in advance (3-2 / 31’45). Drancy led his attacks more urgently but did not could not come to the conclusion that it was in the game or on Coup-Franc Direct. On the contrary, the locals found once again the path of the nets (4-2 / ​​34’18).

Even the blue card against the opponent allowed the rookie, Mr. Brousse, to enter the Coup Franc Direct (40’38). The lack of finishing or the saves of the goalkeeper noiséen and another Coup-Franc Direct failed through A. Blanchard (43’29) allowed the opponents to keep their two goals before adding a third on penalty after a foul foul of the goalkeeper drancéen (5-2 / 48’40).

In view of the match the final score is a bit wide, especially after leading a half-time but it preserves good hopes for the rest of the championship.

Next game, and first home, for which we expect many … The reception of Fontenay-sous-Bois on Saturday, October 15 at 20:30 at the gym Liberty.