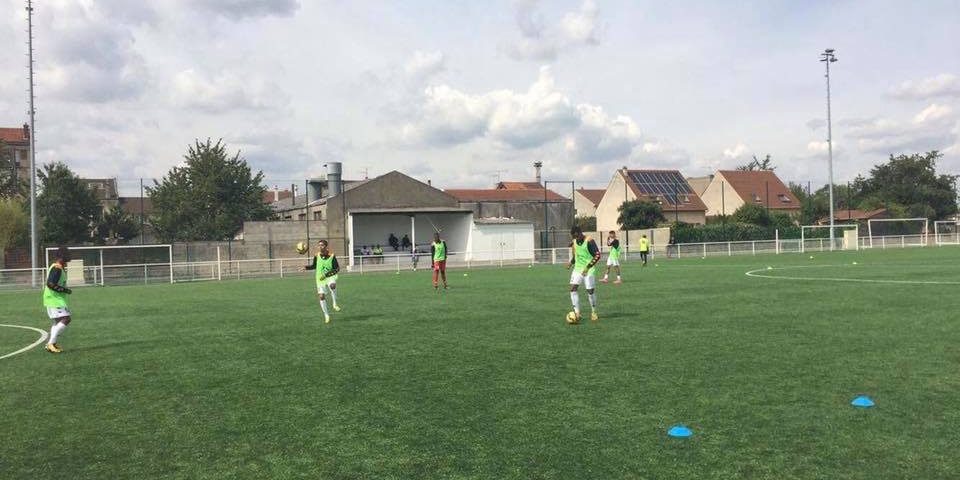 2nd consecutive victory for the NATIONAL 2 seniors, the reserve gets its first success in the league, the NATIONAL 19-year-old beaten in the last moments, a draw away for the 19-year-old REGIONAL3, solid cardboard for the mixed weekend catégorie of side of the preformation.

Opposed to the Corsican FURIANI, the troops of Malik HEBBAR and Yannick FLOCH managed to win their second consecutive victory on the score of 2 goals to 0, thanks to achievements of Modibo KEITA and Billal EL HAJJAM.

The Drancéens thus occupy the 4th place of the ranking to 6 points of the leader FLEURY, and to 6 unités of their opponent of the day.

Traveling on the field of DIJON, the NATIONAL 19 years of Himed HAMMA and his assistants Adlane BOUABBACHE and Sébastien JOFFRE were defeated in the last moments of the match against DIJON. Defeat 1 goal to 0.

The 19 years REGIONAL 3 of Theodore TIMBOUSSAINT and Bruno GONCALVES concede the draw 2 goals everywhere on the ASNIÈRES field.

Victory of the NATIONAL 17 years of Flavien BINANT and Jimmy FICHER 8 goals to 2 against SCHILTIGHEIM, doubled of Félé MINGIEDI, doubled of Marc THOMAS, and goals of Walid ARRAHMANE, Amara SACKO, Yacine KEDDOU and captain Abdeldjalil HACHEM.

The 17-year-olds occupy after 4 days the 4th place of the 2 points ranking of the leader TORCY, and 5 points of the 11th SOCHAUX.

On the ground of ANTONY, the 17 years REGIONAL 2 of Saloum COULIBAL win 8 goals to 1, tripled of Abdelhak MASSOUAGHOU, doubled of Abdelsamad HACHEM, and goals of Thomas NEMOUTHE, Joseph DASSE BRIKA and Idrissa YAFFA.

The 16-year-old REGIONAUX also scored 4 goals to 2 against FC MANTOIS, doubled by Abdoulaye SECK and doubled by Djibril TOGORA to take the lead.

Defeat of 15 years REGIONAL 1 of Jimmy FICHER 2 goals to 1 against FC MONTFERMEIL, goal of Noah MPAKA.

REGIONAL 14 years of Bakary SYLLA and Julien VASSEUR return winners of their trip to ARGENTEUIL 1 goal to 0 thanks to an achievement of Kais HOCINI.

In contrast, defeat U15 DEPARTEMENTAL 4 Adam AGEAT JAMLY 6 goals to 0 against SEVRAN.

Opposed PARIS FC, the 13-year-old REGIONAL Rui DOS SANTOS were beaten on the score of 4 goals to 1.